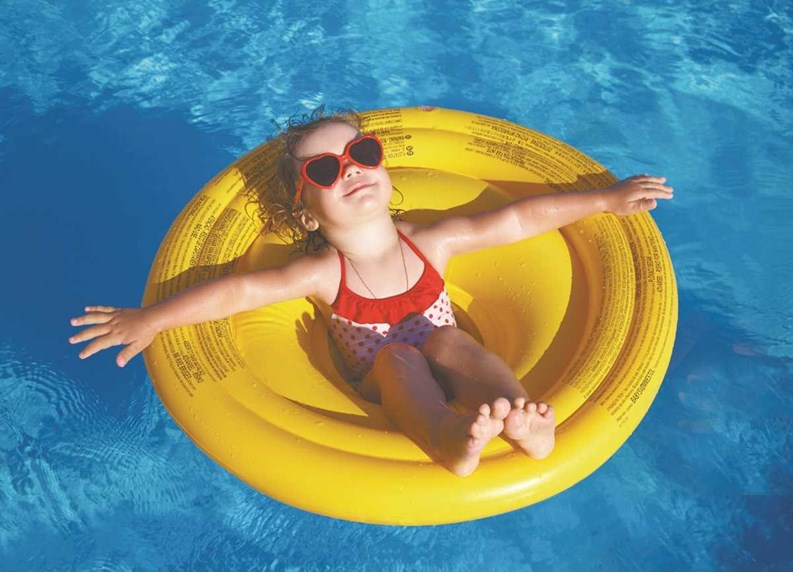 The rules and regulations that owners and residents in a condominium or homeowners’ association must follow “are what they are,” says James Donnelly. “Most are reasonable and well accepted.”

Yet, he takes issue with one rule at the Fort Lauderdale high-rise condominium where he lives. In its pool area, it doesn’t allow more than six guests per owner at a time. “But what if I’m having a birthday party?” Donnelly wonders.

He approaches such regimentation from two perspectives: as an owner constrained by a rule he questions, and as founder and chief executive officer of Plantation-based Castle Group, which enforces rules and regulations for more than 200 Florida associations with a total of 75,000 units.

Enforcement is just one aspect of managing a planned community’s amenities, but it’s a big one. Amenities management follows a convoluted chain of command, from the developer who builds the amenities to the owners and boards who inherit them.

“The developer sets the initial rules and regulations. When the board takes control, the knee-jerk reaction is to undo as much as they can,” says Meghan DeLuca, who works for Lang Management as community manager at Valencia Palms POA, Inc., in Delray Beach.

The board in turn delegates responsibility to the property manager and his or her staff to administer the amenities (and the reservations if required for their use), to keep them clean and safe, and to ensure that they are being used according to the rules and regulations.

“The manager is the expert,” Donnelly says. “He or she should recommend to the board what needs to be done or provided. The board’s role is to set policy and make decisions. Then management executes. Board members are lay people who may or may not have expertise in these areas, but management doesn’t have decision-making power. If the board doesn’t make decisions, management can’t act.”

A well-run board will organize committees, DeLuca says. Committee members responsible for a given amenity will take ownership of it, learn the specifics of its operation, and bring concerns and recommendations to the board.

For example, the pool committee may decide that children under a certain age shouldn’t be allowed in the spa. If the board concurs, board members and pool committee members will help to enforce the rule. “If kids don’t comply, their parents may be brought before the grievance committee, which can result in levying a fine or suspension of privileges,” DeLuca says.

Board actions with respect to assessment delinquencies and tenant issues are among the most complex enforcement challenges facing managers today.

Since the 2008 recession began, as assessment delinquencies increased among owners who lost jobs and saw their investments dwindle, some boards have restricted owners in arrears from using the condo’s amenities—including, in some cases, not just the recreational facilities, but also basic access facilities such as entrance gates reserved for residents. “When associations want to restrict use of amenities for non-payment, we ask them to get legal advice before they do it,” Donnelly says.

Complaints about these restrictions prompted the 2013 Florida Legislature to insert language in Section 718.303 of the Florida Condominium Act, to clarify that suspension of use rights can’t apply “to limited common elements intended to be used only by that unit, common elements needed to access the unit, utility services provided to the unit, parking spaces, or elevators.”

The recession also prompted an increase in tenant-occupied units as owners relocated to accept jobs elsewhere, but couldn’t sell their units. As landlords, they are responsible for the actions of their tenants under state law and the community’s own governing documents.

In Central Florida, amenities in a planned community tend to vary with size and location.

Donnelly says a typical high-rise condo will have a swimming pool, a fitness facility, and a reception desk at the front entrance. “Some have full spa facilities and movie theaters,” he adds.

“A small HOA has virtually nothing,” Donnelly says. At the other end of the spectrum are large family-oriented HOAs such as Pembroke Falls in Pembroke Pines, with more than 2,000 homes and “a Disneyland of pools, slides, gyms, and tot lots.”

DeLuca says the most popular amenities in South Florida planned communities are tennis courts, a swimming pool, a café, and card rooms.

Managing a planned community’s amenities involves making everything look perfect and run perfectly, and also complying with a host of governmental requirements. According to experts that list could include:

Pool requirements, such as proper depth markings, rules for children to be accompanied by an adult, diaper rules for young children, Virginia Graeme Baker Act requirements for safe pool drains, a non-slip pool deck coating, and signage warning that no lifeguard is on duty.

Proper posting of the number of people permitted in party rooms or social rooms, hours of operation, notice of video surveillance, provision of enough exits, exit signs, emergency lights, shatterproof windows for hurricane protection, and compliance with other building-code requirements.

Emergency-vehicle access requirements, which can be a problem in communities with streets of normal width and parking allowed on both sides.

Parking becomes a big issue where it isn’t permitted overnight, and the manager has to tow vehicles away.”

Where government doesn’t dictate specific requirements, common sense may. One example is tree-trimming, to minimize hurricane damage and to prevent injuries when trees overgrowing a sidewalk cause people to bump their heads, trip, and fall. Landscaping is a significant amenity and in most cases the most expensive.”

When a condominium or homeowners’ association comes into existence, it assumes responsibility for certain physical assets described in the governing documents. “You can’t change those in most cases without a vote of the owners,” Donnelly says. “It’s very difficult to add or subtract amenities without the consensus of the constituency.”

In such cases, the majority always rules, but the statutes and a community’s own governing documents may set a more rigorous bar—perhaps two-thirds, three-fourths, or even more. “A lot of documents say unanimous consent,” Donnelly notes.

The community DeLuca manages, Valencia Palms, sought legal advice when a group of owners wanted to eliminate a seldom-used putting green and tot lot. “The governing documents are the first step in determining what you can and cannot do as a board and association,” she says. “They contain language about changing the common areas. The question is whether other owners will be adversely affected. The safest course of action is to seek owner approval. Otherwise, if the language is ambiguous, a court would have to resolve it.”

Valencia Palms is one of a “family” of active-adult Valencia communities developed by GL Homes. “There’s a healthy competition between the Valencias. We all think we’re the best,” she says. The newest one, Valencia Cove in Boynton Beach, is being built with bocce and pickleball courts, which Valencia Palms doesn’t have but wants to add. That will require a special assessment, because Valencia Palms transitioned from developer to association control in 2007.

Some associations use amenities as a revenue source (and allocate expenses to them to minimize or avoid paying taxes on the income). “We don’t do that at Valencia Palms,” DeLuca says. So what drives amenity enhancements there?

“Property values,” she says. “If you don’t renovate your clubhouse periodically, shame on you. You won’t be up with the times in terms of all the other clubhouses that are just being built. What is to keep my Palms homeowners here instead of going to Valencia Cove?”

George Leposky is a freelance writer and is a frequent contributor to The Western & Central Florida Cooperator.