Do not show again [X]
By Danielle Braff   2015 February Management 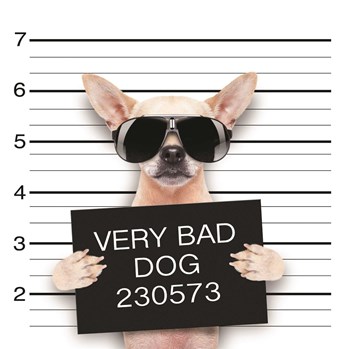 Whether they consider themselves dog people, cat people, or exotic bird people, millions of condo residents in Florida own companion animals. Florida residents may love their furry family members but not all association boards and managers are quite as enthused about pets.

That's because with pets, can come problems, especially for those living in tight multifamily spaces. It can be difficult for condo boards and management to balance residents’ rights to keep companion animals against the impact those animals may have on value, maintenance and community relations. And it's not just a matter of personal preference; there are laws in place protecting the rights of residents, and coupled with the rules and regulations that boards and buildings may have created to protect themselves, determining which takes precedence can sometimes be a little tricky.

It’s crucial for pet owners, or prospective pet owners, to understand the relevant laws for both their municipality and private community so that they aren’t taken by surprise and possibly forced to give up a pet.

Residents must also abide by laws that are specific to their counties, says Andrew Fortin, senior vice president of communications with Associa, an association management company with nine offices in Florida.

In Florida, residents cannot own any animal prohibited by federal, state or local laws—and Florida itself restricts the ownership of certain exotic pets, and separates these animals into categories. The first category includes animals that are not allowed to be kept as pets under any circumstances. This includes chimpanzees, gorillas, orangutans, baboons, leopards, jaguars, elephants, bears and lions. The second category covers animals, including some smaller monkeys, for which an owner must have a state-issued permit, says Fortin.

Other critters are perhaps less exotic than bears or gorillas, though no more welcome in a condo setting. For example, pitbulls are not permitted anywhere in Miami-Dade County, and many condos and HOAs also restrict ownership of livestock-type animals (such as chickens or goats), as well as certain breeds of dogs more prone to aggression.

Aside from these restrictions, most condos in Florida do allow pets, though many urban multifamily communities tend to limit the size and number of pets more than communities in suburban areas, says Ben Solomon, Esq., the managing partner of Association Law Group (ALG) in Miami.

One law, specific to Florida, stipulates that any owner whose dog bites someone, regardless of the circumstances, assumes liability for the incident and any related damages, according to Steven Kramer, the founder of Kramer Law Firm, with offices in Orlando, Altamonte Springs, Maitland, and Tampa. If a landlord or association knows a dangerous dog is on the premises, and they don’t take steps to protect other residents, they may assume liability for failing to do their best to prevent a reasonably foreseeable injury, Kramer says.

Sometimes animals are banned. “If I had to venture a guess, I would say that all-out animal bans are more likely to be found in older developments,” noted Fortin, “and newer developments probably have greater flexibility when it comes to animals.”

Pets also can be quite messy, Fortin says, explaining that some communities have enacted “doggie DNA services” that can track and identify pet owners who don’t clean up after their animals. “It is a sad reality, but one that has a direct impact on the health and safety of the residents of the building.”

Thus, each condo association has to decide what’s best for its building based on the responsibility level of resident pet owners, and what its residents can tolerate with noise and safety concerns.

Legally, an association can enact restrictions on whether pets are allowed in the building or units, and this is typically done via the covenants, conditions, and restrictions of the association, which are drafted and recorded when the building is built, Fortin says. Some documents prohibit pets or restrict the number of pets; others limit weight.

Some condos choose not to have any restrictions on pets at all, according to Solomon. “Similarly, some associations strictly enforce such pet restrictions by issuing violations, fining, and even potentially filing lawsuits; while other buildings are very loose in their enforcement of such issues,” he says. “It completely depends on how the board and management decide to govern the property.”

Most importantly, Kramer explains, enforcement of the covenants must be consistent and predictable, or the association can encounter problems. Sometimes, the board or manager amends pet restrictions with a proper vote of the residents, as required under such documents, or will elaborate on the rules and regulations stemming from the restrictions found in the original documents, Fortin says. “If new rules are proposed, they should be fair and reasonable to the owners,” he explains.

Typically, when enforcing established pet rules in condos and co-ops, a warning letter is issued for an initial violation, followed by fines and other actions, Fortin says. “The most typical restriction we see in our condominium buildings is limited size and number of pets,” he continues. “The existence of such rules is typically due to the close living arrangements in condominiums, and the need to ensure that all unit owners can quietly enjoy their individual properties.”

One exception to most rules involves the presence of a disability. “A service animal is a totally different beast,” Kramer says. Ownership of this type of animal is governed under the Americans with Disabilities Protections, HUD Restrictions, Federal Fair Housing Laws, and/or state Fair Housing Laws. If a resident provides documentation that they require a service animal, then the association has to make a reasonable exception to the pet rules, and this resident can’t be charged fees or security deposits.

Regardless of the situation, there are times when those with pets and those living in the building are at odds, and the board, managers, and pet owners need to work together to achieve the common goal, one where everyone can live in harmony.

Fortin recommends various proactive solutions, including inviting a local pet store owner to host an animal safety or obedience training program; or providing tips to owners on enduring unwanted noise in close living spaces. “Most importantly, make sure your building has a culture where neighbors know each other,” he says. “When folks are strangers, it is easier to lob criticisms, or to be inconsiderate as to how one's actions can impact others.”

Danielle Braff is a freelance writer for The Western & Central Florida Cooperator. Staff writer Michael Odenthal contributed to this article.