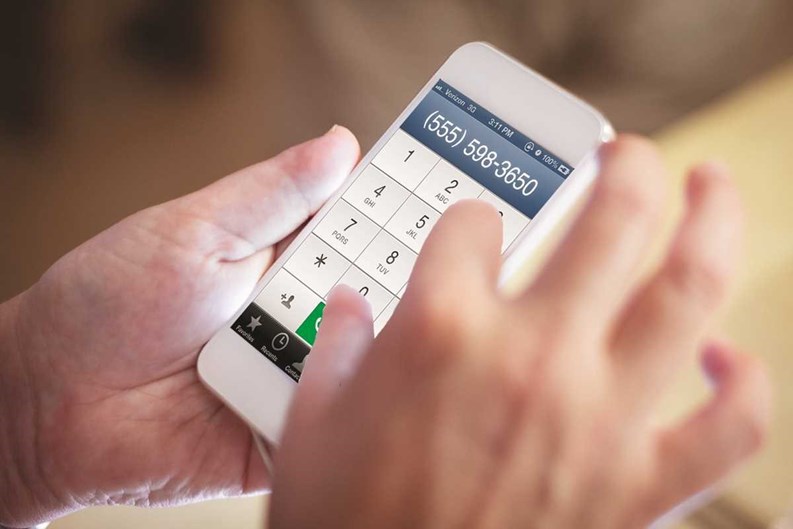 Olivia Pope, the main character on ABC’s Scandal, is a professional fixer. If you have a problem—any problem—she can fix it. Over the past two seasons plus, she’s rigged elections, covered up murders, employed professional hit men, exposed secrets, made and ruined countless lives, and played hard to get with the President of the United States. But the most amazing thing about Olivia Pope is that she’s always available. Walk into her office, she’s there. Call her cell, she’ll pick up. And when she answers, she can make even the biggest problems disappear.

In another life, Olivia Pope would be a terrific property manager—the best property manager who ever existed. After all, if she can rig presidential elections, she can handle complaints about noise and leaky pipes. But Olivia Pope is fictional in more ways than one. No one answers the phone every time it rings.

Whenever a problem arises in a condo or homeowners association—whether it’s a leak, a noisy neighbor, or some procedural question that has come up—it’s the impulse of many board members and residents to pick up the phone and immediately call their property manager. Most times, this is the right thing to do: the manager is first in line in an HOA’s administrative hierarchy. That said, there’s a right way and a wrong way to call your manager—and sometimes, it’s not appropriate to call at all. Enough calls at the worst possible time, or for the most trivial matters will only make you a total pest, and could even make your manager less enthused about helping you with future problems.

“The way we have our situation set up is that we have a 24-hour line,” says Paul Arrington, MPM, RMP and chapter past president of the Tampa Bay Chapter of the National Association of Residential Property Managers. “Boards and residents have my information. They can also call my cell phone. It’s not hard to get a hold of me.”

“Lunch time or a little bit after is the best time to reach me,” says Tracey Schnaitman, president of V.I.P. Property Management Specialists in Sunrise. “Everyone wants to do business in the morning and it gets really hectic. First thing in the morning everybody wants you. My hours are 8:30 to 4:30 and when I come in, in the morning there is usually a line of people waiting for me. It’s like a sale.”

While there’s no set time, most managers have their preferences. “The best time to reach a property manager during the day would be mid-morning,” says Paul Licata, director of business development for Seacrest Services in West Palm Beach.

Just as there are best times to call your property manager, there are worst times. “First thing in the morning is probably the worst time to contact a property manager,” explains Licata. “Usually they are dealing with things that happened after hours. They are getting set up for their day. They are dealing with staff issues. They are getting a team going for the day, making sure the maintenance guys are on track to do whatever tasks they need to do. They are gearing up for the day.”

This changes if the situation is a viable emergency, or otherwise urgent. In those cases, property managers will make themselves available no matter what. “Obviously if there is an emergency situation then its gloves off,” Licata says.

“Anything involving water intrusion in an HOA environment I consider an emergency,” adds Schnaitman. “That could be a broken pipe or a sprinkler pipe. You want to make sure there is no water intrusion. In a condo environment that would be a problem with the water line or sewage line. If there is a problem with laundry equipment, I’d like to know about that right away. Water intrusion can cause serious damage. We want to know about that so we could mitigate and prevent further damage.”    “We encourage our residents to air on the side of caution. Anything they feel to be a safety issue I want them to pick up the phone and call us,” says Licata. “If it’s a broken pipe or something that could cause property damage that could be a reason to pick up the phone and call us, even if it is in the middle of the night.”

Arrington concurs. “If it’s any type of emergency we want them to call us immediately. If it’s one o’clock in the morning and they leave a message on the emergency line saying we’ve got sparks coming out of our dryer they are going to get a call back right away. At least for me to tell them to go to the breaker panel, turn to the dryer breaker off and don’t use it until I send over an emergency technician. But calls should certainly be returned within 24 hours.”

Leaks and other potentially costly disasters aside, most pros agree that the lion’s share of reasons for contacting a property manager do not in fact require immediate assistance.

Why to Call, and How

Another point about Olivia Pope: every situation she deals with is a legitimate, dire emergency. If she doesn’t produce the documents in 24 hours, the story breaks and all hell breaks loose.

This is not the case with residential properties—although sometimes board members, HOAs, and residents can think that it is. The reality is, not every problem is a matter of life and death. If it’s 95 degrees and the condo’s central air conditioning goes on the fritz—that needs to be addressed right away; same thing with a gas or water leak or electric power failure. Almost anything else can be handled as soon as administratively possible. Indeed, much of a property manager’s job is prioritizing, rather than leaping into action every time the phone rings.

“There are certain things that your property management company can’t handle, such as disputes between neighbors, or a neighbor’s dog barking at two in the morning,” says Licata. Those are things that property managers don’t have control over, so we can’t do anything to fix it, unfortunately.”

Property managers note that in today’s society, everyone is used to instant responses and gratification—and while managers would like to be able to do that—sometimes it’s just not possible, given their workload.

“In my little world, we try to get back to people as soon as possible,” says Schnaitman. “The first thing in the morning we deal with voicemails, who is in the office, and the walk-in traffic. And if we’re on the phone and dealing with other people and a call goes to voicemail, we pull those messages and return those calls. My general rule of thumb is that I like to return the call within two to three hours or less, but on average I tell people four hours.”

There are those impatient residents and board members who, if they don’t get a response to an email in an hour, send the email again. If three hours go by, they begin calling and demanding to speak to a manager—or the manager’s boss. Sometimes, an immediate response is not possible, or necessary.

“The best protocol for presenting a problem to manager I would say is either phone or person-to-person,” says Licata. “I think a lot of things get lost in translation via email. I think it’s always good to follow up with an email after a conversation to make sure everyone is one the same page.”

One way that both boards, HOAs and managers can be proactive is to alert homeowners of projects going on in the building or around the community. If there’s banging and clattering at seven in the morning on a Wednesday, residents might call in droves to complain. If the managers send around a notice explaining that maintenance workers are coming early Wednesday to repair the heating pipes that will eliminate all those extra calls.

“Most property management companies should have an open door policy where they welcome comments and feedback,” says Licata. “There are certain times we would rather get things done than others. The biggest thing is insuring that everyone follows the protocol that is put into place.”

Property managers may not be as perfect as Olivia Pope, but by prioritizing, communicating, and collaborating with the boards of their various properties, they don't have to be.