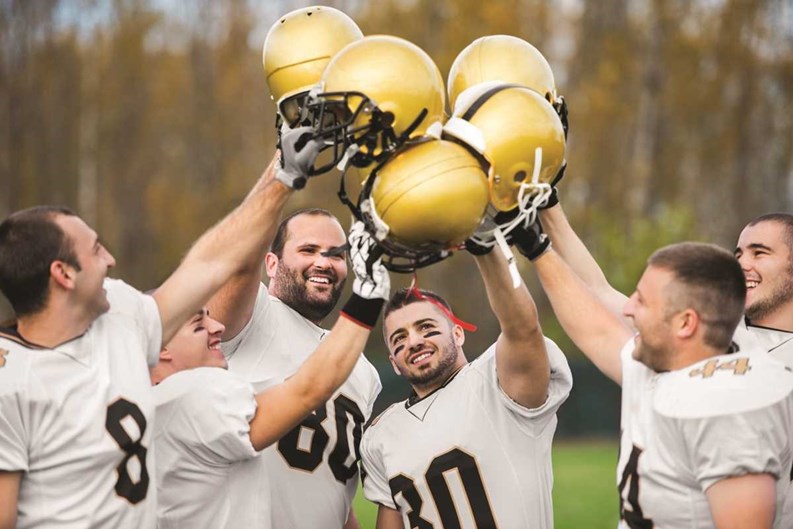 The “Dream Team” label is often used to describe a perfect combination of highly-skilled people drawn together for a particular purpose. The 1992 U.S. mens' Olympic basketball team is probably the most famous example, but 'dream teams' have included everything from legal defense attorneys to diplomatic missions.

Like Pippin, Jordan, & Co., HOA boards and their management professionals also work as a unit, collaborating to carry out the administrative duties and make the decisions that keep their communities humming along from day to day. If this partnership works well, the synergy between a management pro and volunteer board also has the makings of a dream team, keeping the condo or HOA community solvent, cohesive, and valuable. Legendary basketball coach John Wooden was known for getting the best out of his players, even when he was criticizing one of them. “A coach is someone who can give correction without causing resentment,” the Wizard of Westwood once said.

Management contracts typically spell out the manager’s role in the process in general terms, but there’s often more to a truly effective board/management partnership than what’s just on paper.

Dream teams don't just spring into existence out of nowhere, obviously. They have to be assembled, cultivated, and trained to do what they do so well. The '92 Olympic basketballers knew who was blocking who. They knew who could shoot from the outside and who was stronger under the net. Much has been written about the role of the managing agent and the role of a board member, but it is easy to blur those lines. Before your own team can be successful, every player needs to know what their roles and responsibilities are.

“The property manager in our community takes care of the financials, and when there is a written complaint from an owner he addresses it immediately,” says Patricia Sadler, a former condominium board president based in Clearwater. “He attends all of our board meetings and when a major project, like a new roof, is underway he is on-site. Usually the board treasurer reviews the financials and monitors the vendors work alongside the property manager.”

Sam Beida, CPM and owner of Integrated Property Management Group LLC in Boca Raton says that being on the board can be a thankless job. “It’s also a collaborative effort between the board, manager and the residents,” he says. “Nobody can do it alone.”

To do this, Beida provides the residents with his cell phone number. Communication is also key to staying in touch with residents. Social events are a great networking opportunity; we have barbecues, and the residents get to make friends with their manager.”

Managing a residential community requires leadership and diplomacy. “If you have a happy board and a happy manager, you have a happy community,” says Anthony Marotta, president of Allied Property Management Group Inc., in West Palm Beach. “Everything will be running more efficiently and productively and the community will look nicer overall.”

In order for any board/manager relationship to be successful, says Marc Rodriguez, director of management services at Associa in Miramar, everyone must function as a team.

Management professionals are in near-universal agreement that when it comes to cultivating an active, productive synergy between board and management, communication is crucial. Most advocate keeping in touch via email, and some make it a point to send weekly email reports to client boards.

Sadler agrees. “I feel if the manager receives a complaint or request for repairs, he should inform the board immediately so that they can follow up,” she says. “I have heard from owners who have been made to wait up to three years to have a repair completed. This happened because the management company didn’t inform the board. That lack of communication can cause a lot of trouble.”

“The relationship between board and management is not always a smooth one,” says Marotta. “Most of the time it is, but it all depends on people’s goals and objectives and their personalities. There should also be reasonable and realistic time expectations of projects.”

“When a relationship is going downhill, communicate it to the executives at that management company,” says one professional manager. “Tell them you know you have a problem you can’t fix. Usually it helps to resolve the problem. We also like to have the manager and supervisors do an action plan about what we are going to do in a week, month, and two months.”

“When there is a dysfunctional board/manager relationship, it will likely cause division in the community,” warns Sadler.

At the end of the day board members and managers should look at themselves as a team, working for the advancement of the building. And they should also have a clear understanding of their roles and a resolution for conflicts when, and if they should arise.

Lisa Iannucci is a freelance writer and frequent contributor to The Western & Central Florida Cooperator. Staff writer Christy Smith-Sloman contributed to this article.