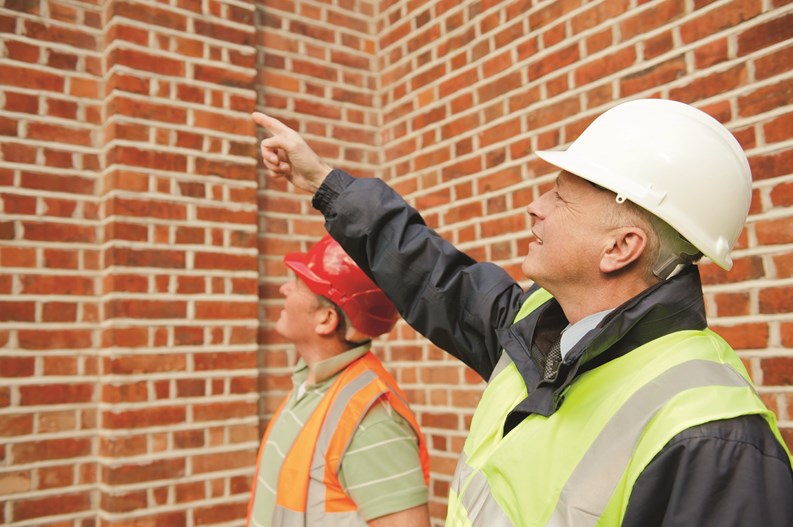 Exteriors of buildings aren’t always smooth brick walls. There are all sorts of indentations and protrusions, from terraces to stonework to cornices. There are also items that are not part of the building, but are affixed to it, like scaffolds and window air conditioners. And if such items are poorly secured or loose, it could lead to disaster.

In Florida, where the populace is all too familiar with hurricanes and other wind-borne agents of devastation, securing exteriors is especially important. If something is loose on the outside of a building, high winds make the exterior facades vulnerable, whether you’re in a city or the suburbs. There are also other causes of incidents, such as construction accidents or material that comes loose after a number of years from weather, wear and tear.

• In January, two construction workers were injured when a wall fell on them at a downtown Miami construction site.

• In June, residents of the Venetian Isles residential complex in Leesburg were evacuated after strong winds tore through a roof.

• And in August, a state of emergency was declared in advance of Tropical Storm Erika—a  not uncommon occurrence in South Florida that can lead to the dislodging of external structures.

Among the many items are:

• Scaffolds for workers who are doing work on the exterior of a building.

• Furniture on terraces and roof decks.

• Coping stones, which form the top of a roof parapet wall.

And given their wiry, gangly nature, antennas are often the worst offenders, with satellite dishes giving them a run for the title as technology progressed. Bob Moyer, president of Vanguard Management Group in Tampa, indicates that these, along with conduits, telephone and cable boxes can be genuine problems if not firmly affixed to a structure. It just goes to show America's long-term love affair with digital communication is not without its perils, including being struck by flying metal.

The Roof Can Catch on Fire

Given the close quarters associated with multifamily residential living, common areas are often in short supply, and the systems required to make a property run on a day-to-day basis are allocated wherever room may present itself. In some areas, this means a basement, but in many Florida properties, according to Doug Weinstein, vice president of Project Management Group, headquartered in Dania Beach, associations opt for a higher vantage point.

“Roof areas are typically encumbered by both mechanical and decorative items,” Weinstein observes. “The former can include HVAC units (or, specifically, RTUs, when installed roof-wise), ventilation fans, fireplace flues, cooling towers, or elevator motor rooms. The latter: deck furniture, planters, trellises, fountains,” or the aforementioned satellite dishes. “And if the building is currently undergoing any exterior restoration project, there might be scaffolding components, swing staging, tiebacks, and various project material as well.”

Code of the Streets

Clearly, it makes some sense to regulate what is and is not acceptable to fasten onto the side of a building or plop down on a roof. And the Florida Legislature agrees wholeheartedly, passing multiple municipal and state building codes that govern both how a structure can be built and how it must be maintained.

"Among other regulations, local and state building codes are typically applicable as to what type of exterior fixtures, elements, and materials are allowed to be affixed to buildings," says Attorney Ben Solomon, managing partner with Association Law Group in Miami. "Local zoning ordinances may also apply, and can vary significantly from one jurisdiction to another with regards to limitations such as height, density, and use. Whenever a developer or an association intends to build a new improvement to the roof of a building, there is typically a series of municipal applications and procedures that must be submitted and approved prior to commencing the project."

Also, as Weinstein points out, the association itself may have very specific limitations as to what can be installed at the property, pertaining to things like flags, posters, window coverings, awnings or the aforementioned satellite dishes. Owners are best to refer to the governing documents before attempting any exterior project, or proposing something to the board.

Be Safe Out There, Gang

While building codes are certainly drafted with the best interests of residents who live at these properties in mind, the well-being of workers who build and maintain these structures is also a primary concern. This is why the Orlando-based Florida Safety Council, in accordance with the federal Occupational Safety and Health Administration (OSHA), offers comprehensive training in an effort to keep everyone out of harm's way.

“The fact of the matter is, what workers need to have atop their minds at all times is going home to their families at the end of the day,” says Glenn Victor, director of PR/marketing and major programs with the Florida Safety Council. “As that relates to construction or occupational safety in general, there are four areas that we call the 'focus four,' wherein the most injuries and fatalities occur.”

The most important of the 'focus four' is fall protection, especially on new construction projects, as that is the primary cause of danger for workers. The rest includes 'struck by,' a broad descriptor that pertains to anyone being hit by anything, be it a falling piece of debris, or a forklift in a warehouse; 'caught between,' which pertains to confined space entry, as OSHA has very specific standards as to who can and cannot go into particular closed spaces; and 'electrical,' which is mostly self-explanatory.

According to Victor, the Safety Council offers four-hour basic awareness classes addressing each of the 'focus four,' as well as a 20-hour 'competent person' course, which includes hands-on exercises wherein students put on harnesses and simulate project work on a makeshift roof.

“We recommend every company have 'competent person' training, whether that be in the fall protection category or otherwise, because OSHA standards require that a company, in particular situations, has on staff a person which it has designated internally its competent person in a specified area," says Victor. "While those in a non-managerial position can generally get by with the basic, four-hour course, a supervisor overseeing those workers needs more extensive training.”

As a federal entity, OSHA standards are uniform across the United States. That said, there are regional specifics as well. "Here in Florida—and OSHA is very specific about this—we have what's known as 'heat stress training,' which is very important," notes Victor, as temperatures, predominantly in the summer but throughout much of the year, can get out of hand for those undergoing manual labor outdoors. "And I would venture to say that, with our low water table, when it comes to construction, digging, trenching and shoring, there should be specific considerations for sinkholes and the like."

While OSHA does not have the resources to constantly monitor every property undergoing any type of project work, it does inspect buildings where incidents are reported, or wherein whistle blowers, or just concerned citizens, report lax safety standards. As Victor notes, fines can be quite costly, to the extent that skirting the rules is not only foolish from a safety perspective, but an economic burden as well.

And of course, as outlined above, OSHA is not the only game in town. The state, cities, and municipalities can also police those who, willfully or not, violate building codes. :There can be significant liability to associations in regard to property damage, injury, or fatality caused by falling material or debris if the association is somehow negligent or knowingly commits an act of misconduct,” explains Solomon. “As such, associations should be sure to maintain general liability insurance, property and casualty insurance, and director and officer liability insurance at all times to adequately protect themselves from most claims relating to these types of issues.”

When in doubt, an association should call its insurer to consult and confirm that all policies are uniform and up-to-date. While a plummeting satellite dish can certainly prove a financial hardship, an injury to an owner, guest or worker on the property would cast a much darker pall upon the community.

Michael Odenthal is a staff writer for The Western & Central Florida Cooperator.

trish dekok on Securing Your Building Exteriors:
My homeowners and wind damage insurance will not cover my carport. Our association insurance also excludes carports. how can I get coverag…
Nadine on Building Safety for Everyone:
I live in a co-op that has mobile homes. My next door neighbors were severe hoarders. The board of directors was aware and did nothing to…