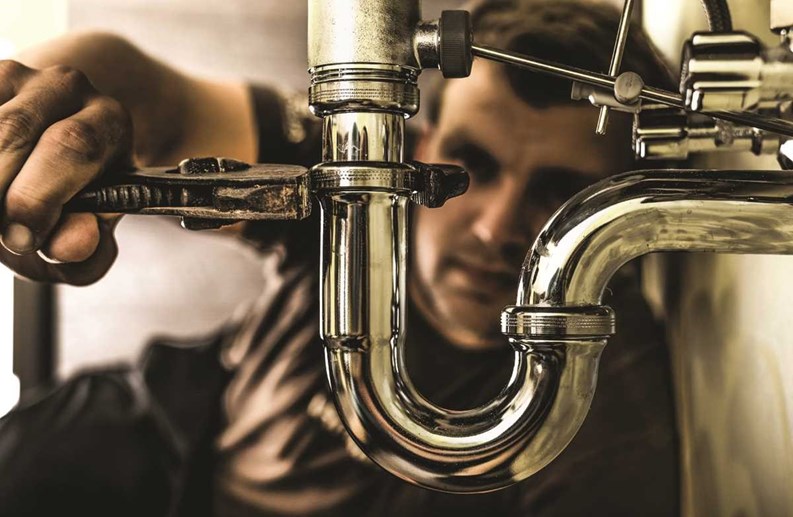 Of all the modern conveniences we take for granted, perhaps none is as profoundly basic —and indispensable—as indoor plumbing. Carrying fresh water into our homes and taking waste water away, the pipes in our condo or co-op buildings are the fine line that separates us from our not-too-distant (also very aromatic and very unsanitary) urban past. When plumbing fails, it doesn't take long to realize just how much we depend on it.

Looking back, it was only a few generations ago when, according to information compiled by the Florida Center for Instructional Technology, the state's “early inhabitants dug canals through the islands and mangrove forests of Florida. They wanted to provide more efficient canoe travel in the coastal areas. The settlers dug wells and built dams on rivers seeking more constant sources of drinking water. As Florida’s population grew, so did competition between urban, agricultural, and industrial interests for dependable, inexpensive water.” (Source: http://fcit.usf.edu/florida/lessons/water/water.htm)

The same report also states that in the 1900s, developers drained swamps and low-lying areas to increase the amount of land available for building homes and growing crops. Indoor plumbing has come a long way from the days of carrying in buckets of well water, but bringing water to the residents of a multifamily building is much different compared to a single family home. It also comes with its own set of challenges.

Although Florida is surrounded by water, having enough of drinking water available for its entire population has become a critical issue. Each day, Florida has over 5,900 regulated water systems serving 16 million residents.

“Piping systems are not a lifetime building component—they don't last forever,” says Josh Shrock, a general contractor and vice president of commercial operations at Specialized Plumbing Technologies in Dania Beach. “Cast iron sanitary pipes have a life expectancy of 50 to 75 years, and properties located on or near the coastline are an exception. Here in Florida, it’s not unusual to see pipes failing prematurely in 25 years or less.”

Shrock says that a good way to determine whether the pipes in your building community are nearing their life expectancy is from emerging maintenance patterns. “There will be increasingly more clogs and backups, more unit owner complaints and more service calls,” he says. “Particularly if you are managing resultant mold due to water damage from leaking pipes, it’s time to evaluate your system, and repair, replace or renovate after a thorough investigation.”

“Clusters of townhomes are all connected, four to six units at a time and two stories,” explains Kirk Kyle, president of Kyle Plumbing II in Deerfield Beach. “In the past, plumbing for these townhomes would all be connected, but not anymore. In the older townhomes, all of the lines are tied together, so if someone puts a paper towel in one it could back up into another unit. Today, they build the townhomes more like individual homes.” The cast iron piping is gone and, according to Kyle, the predominant water distribution systems are now made of copper. “Copper piping is faster, easier and lasts longer,” he says.

Plastic piping has become more popular over the last few years, mostly because of its affordability factor, but Kyle says you won’t find him using it in his plumbing systems. “Copper has the longevity, and we seem to have the least amount of problems with them,” he says.

Still, with all the water pressure pushing through pipes—especially older ones—they will have a tendency to drip. Corrosion (as well as flushing inappropriate items) also leads to broken pipes that will eventually have to be replaced.

Wendy Visschers, president of Falcon Plumbing in Miami, says that common plumbing problems in the buildings she services include toilet stoppages, toilet seals that are leaking into apartments below and leaking from heaters. “Condo associations are now requiring that unit owners replace heaters at around six or eight years old, because they don’t want to wait until they are 10 or 12 years old, break, and cause a major flood. They want to keep it under control.”

And David McDermott, assistant service manager with Alvarez Plumbing in Tampa, adds that routine maintenance and upkeep can help avoid unfortunate situations, and even extend the life of your equipment.

“Take a water heater, for example,” McDermott explains. “It's suggested that one flush theirs annually. 99% of people who install one forget about that. But if you heed that recommendation, you'll get three times the life from the heater.”

“Running toilets is an ongoing problem,” says Kyle about his client’s buildings. “A few cities put a lot of chlorine and lime in the water and, in turn, it eats the rubbers on the flappers, which causes the toilets to run a little more. We have to replace flappers a little more often now.”

Kyle also explains that another big issue in Florida townhomes is lime scale buildup on shower heads. “Stoppage problems are also an issue, as well as tree roots getting into the lines,” he says. “Trees start very small, but as they grow, if a sewer line is nearby, it may crack and the root gets in and actually grows in the sewer line causing stoppages.”

Unfortunately leaks aren’t something that can be prevented entirely. They're more than just annoying; if not fixed, even a minor one can lead to mold and other potential damage. According to the Environmental Protection Agency (EPA), if you have a water leak, it should be cleaned up within 24 to 48 hours of when it happens to prevent mold growth. That's easier said than done however. Sometimes it’s difficult to trace where a leak originates from. Did it start in the basement, or five floors up and drip down? Is it running across the beams and down from one side of the building to another?

Nothing is more disruptive and uncomfortable for residents than water stoppages and pipe blockages, especially if it causes a neighbor’s water to back up into their unit.

Obviously, a preemptive strike is the best defense against these nuisances. “Where stoppages are concerned, if you're dealing with a septic tank, you should use something like Rid-X, a live bacteria that is flushed every three months or so to break down matter in your tank,” advises McDermott.

But, unfortunately, these problems do arise, and subsequently need to be dealt with. “Normally, we have building management that calls us to do some preventative maintenance, which would mean going to the stacks and using an electric machine to clean them out, but associations don’t typically like to spend money,” Visschers says.

“When it comes to the repair of your pipes, there are several emerging plumbing technologies such as 'cured-in-place' pipe lining and epoxy spin-casting to remedy your problem instead of traditional re-piping,” explains Shrock. “These are very attractive options because they do not entail expensive destruction and repairs within the unit. The existing pipes are rehabilitated from the inside out. Renovation of pipes in place using the specialized technologies available will need to be carefully considered for their appropriateness and often a combination of these technologies is best in eliminating pipe hazards.”

Visschers says that some handymen are knowledgeable enough about minor plumbing items, but it’s important to call the professionals when necessary. McDermott agrees. “If you can't solve the problem with a closet auger, then you need to call someone who has the proper knowledge and equipment.” he says.

Professional plumbers would also be well-versed in the newest back-flow preventer regulators, says Kyle. “The reasoning behind the regulator is to keep your water on your property. What happens is, by chance, you’re mixing chemicals in a bucket and, say the city has a water main break and there’s no pressure, the water will back-flow into the building’s water supply. The regulator stops that from happening.”

Tales From the Trenches

The work of a plumber might seem straightforward—fix a leak or unstop a clog, right?—but depending what’s behind the cause of the leak or the stoppage, plumbing pros have some pretty amazing (and harrowing) stories to tell.

“We can talk about the toilet that we went to fix and 1,000 roaches came out,” says Kyle, “or the slum lord who had a tub full of feces.”

Visschers says that she has stories about rats that were alive in the pipes...and cats that weren’t. Even snakes have gotten into sewer pipes via the cracks caused by tree roots.

As with any of the building systems, the key to good plumbing is maintenance and repair. Take care of the system before something happens that exhausts a great deal of time and energy – especially when tenants are complaining—but more importantly take care of it right away when something goes wrong. A simple leak that isn’t taken care of can cause a tremendous amount of damage to the unit and the building.

Lisa Iannucci is a freelance writer and a frequent contributor to The Western & Central Florida Cooperator. 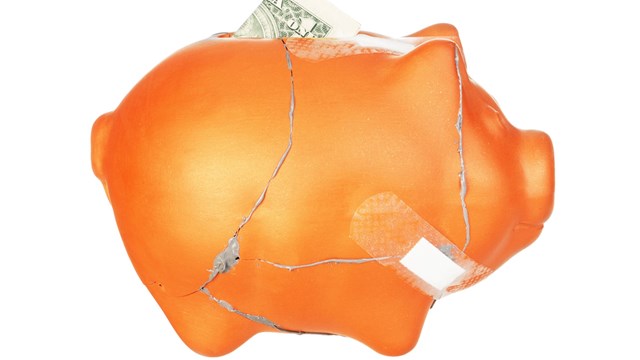