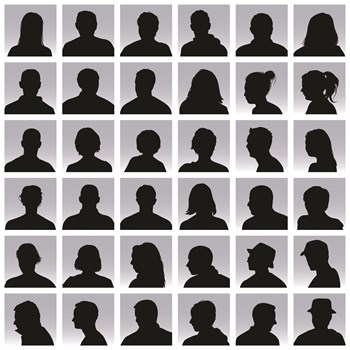 Anonymous buyers and foreign investors for years have played in the Miami-Dade and South Florida real estate market, buying luxury properties to fuel the region’s condo boom. But now two investigations have put those shadow buyers under the microscope.

Earlier this year, the U.S. Treasury Department announced that it has begun to track illicit cash purchases of luxury condos, both in New York and in Miami, Broward and Palm Beach counties. The Treasury Department’s goal was launching an anti-money laundering program aimed to uncover the true owners of these shell and limited liability companies that were formed to shield the mostly all-cash purchases in New York and Miami.

The Price is Right

And in a separate investigation, reported by The Real Deal, the International Consortium of Investigative Journalists analyzed 11.5 million documents called “the Panama Papers,” that were leaked from a Panamanian law firm that represents those types of buyers. The law firm specializes in setting up foreign shell companies for the world’s rich and powerful.

“What the investigation found was that a number of high-profile foreign nationals have been purchasing pricey real estate in Miami through offshore shell companies, many of whom have either been convicted of or linked to financial crimes in their home countries,” The Real Deal said in its report. “Altogether, 19 foreign nationals were named in the report,” published in the Miami Herald “as buyers in Miami-Dade County, and eight have been linked to some sort of crime in their home countries.”

Citing data from the MIAMI Association of Realtors, the Herald reported that “foreign nationals bought $6.1 billion worth of homes in South Florida last year. And of all the region’s home sales, more than half were paid for in cash.”

Similar to the Miami Herald’s investigation, in New York, The New York Times published its own expose that detailed how deep-pocketed individuals from overseas are buying up luxury residential real estate in Manhattan as a safe place to park their cash. In New York, the new regulations will apply to cash transactions of $3 million or more. In Florida, transactions above $1 million will be monitored.

The influx of foreign money has helped to sustain a boom in luxury condo developments that only very recently has shown signs of cresting. With the federal government nosing around, do condo boards need to be cautious with these international buyers who use Manhattan high rises as their savings account in the sky? The answer is, well, no.

“There’s not a lot of direct impact on boards of buildings,” said attorney Marc Landis, managing partner and real estate department chair of Phillips Nizer LLP, which has offices in New York City, Long Island and New Jersey. Boards themselves are not involved in the sale of a unit. Instead, the onus of the Treasury’s new regulations falls on the buyer, who is subject to money laundering criminal penalties, and the title company, which reports the sale. “The title companies have to act, meaning they’re the police officers. They have to do the revealing in the document,” said Adam Leitman Bailey, founding partner of the Manhattan-based law firm of Adam Leitman Bailey, P.C.

The federal order (the Treasury does not call it a “regulation”) goes after a niche target if there ever was one. The words “mortgage” or “loan” have no place in this drama. The culprit is money orders: cashier’s checks, traveler's checks, and yes, actual cash. “It does happen. I’ve had closings where they go in a separate room with bags. Remember, all these properties are over $3 million,” said Bailey.

It’s not only the traceless cash that the Treasury sees as a problem, it’s also the nameless owners. Rather than simply wire transfer money to the title company, many foreign buyers set up limited liability companies, so they don’t have to divulge their identity.

Still, boards of luxury buildings have little reason to worry. The only reason boards would be implicated by the regulation would be if they exercised their right of first refusal—which they rarely do—and if they paid more than $3 million in cash to do so, also extremely unlikely.

"It’s primarily a question with newer construction condominiums, where there may be a significant percentage of non-ownership occupants," said Landis. "There are people buying the units for investment purposes—which would be a very legitimate reason for someone to be in an LLC, for instance—and they turn around and rent it out. So if you’re going to a condominium, you’re already making the decision that it’s not a co-op, and you’re not going to have a board that’s voting on and vetting your neighbors in the same way."

Co-op buildings in Manhattan are notoriously exclusive; boards have a great deal of leeway in deciding who they get to accept and turn away from their buildings. Condos have far less red tape before signing on the dotted line.

Part of the ambivalence may be that this ultra-rich demographic of international unit owners tends to be very low-key neighbors. "If the apartment next to you is empty because it’s under foreign ownership, and it’s only occupied two weeks a year when somebody’s in town for a shopping spree, you probably are indifferent as to whether the person bought it with 'clean' money or 'dirty money,'" said Landis.

Bottom line: an empty apartment means no drama. “As your attorney, there’s nothing better than someone buying a building and no one living there, because they’re not going to cause any problems,” said Bailey.

Landis says the regulations are not likely to radically affect the high-end condo market, but may help further slow the demand for luxury condo units, which began before the Treasury’s announcement.

What’s next? For now, the Treasury chose to focus on two very select markets in New York and Miami that happen to also be the flashiest. The logical conclusion, said Landis, is to expand the tracking of cash purchases to more markets. For instance, the suburbs. “Why not cover houses in Westchester County or Fairfield County in Connecticut or Bergen County in New Jersey? There’s no difference for using it in other places.”

That in fact has occurred, as Treasury has expanded their investigation to include properties in Texas and California, specifically in Los Angeles, San Diego County and counties in and around San Francisco, according to the Times.

But if foreign buyers are looking to bypass some inconvenient restrictions in the first place, the federal order could simply add a new step to the process rather than end it altogether. “Where somebody might have used an LLC to buy a condo, if they want to make sure that their name is not overtly available, they’ll now set up two LLCs. The first LLC will represent the second LLC, and the second LLC will be the condo,” said Landis.

Debra A. Estock is managing editor of The Western Florida Cooperator. Freelance writer Tom Lisi contributed to this article.