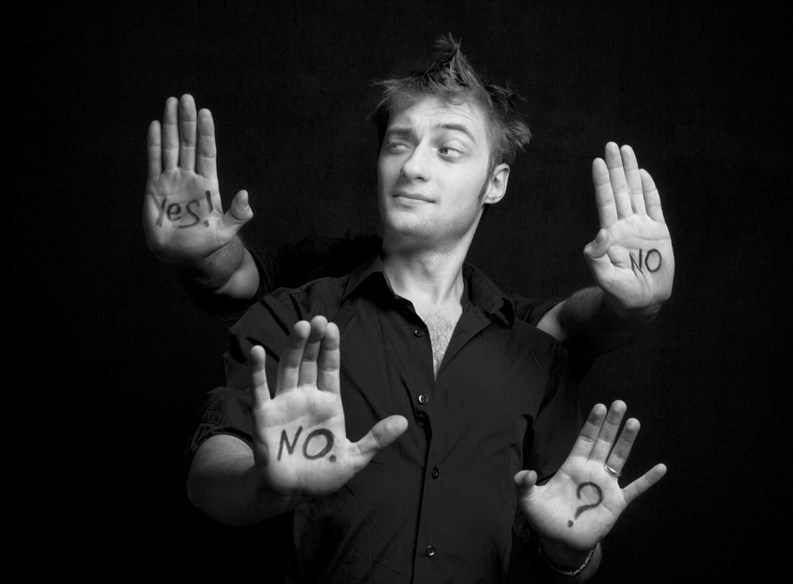 Individuals, associations and other entities carry insurance coverage to protect them from liability, loss, and other financial and legal threats—that's pretty basic. What isn't always so basic is deciding when to file a claim versus paying out of pocket for a loss or damage.

Paying—whether for property damage because of an unaddressed leak, or an injury sustained on-premises—can be very expensive, and arguably defeats the purpose of paying insurance premiums for coverage. On the other hand, a history of claims can cause a building or association to pay ever-higher premiums, or even be dropped from its insurance entirely…or so conventional wisdom tells us. Let’s investigate further.

When determining whether or not to claim a loss on an insurance policy, the first criterion is what sort of claim it would be. A broken window or a leaky roof is a vastly different matter than a slip and fall. Let’s take the latter scenario first, as it is more straightforward.

“In a liability claim, I’d say, any time somebody is demanding something, you have to put the carrier on notice,” says Tammy Hynes, AAI, CPIA, a partner and client advisor with Gulfshore Insurance in Naples. Failure to do so could have devastating effects on the HOA’s pocketbook.

“If somebody fell and came to me looking for damages, I would have no choice but to put my carrier on notice,” Hynes continues. “Because if it becomes something later, and I didn’t put them on notice, I could jeopardize my coverage completely. Let’s say that Jane falls on my property and breaks her arm. She says, ‘All I really want you to do is pay my medical bills.’ And the board says okay, that’s two thousand dollars, just pay her and let her go away. She has four years from that time to come back and say, ‘You know what? I fell, I broke my arm, my arm’s never felt really good since, and I’m going to sue you because of it.’ Well, now, we didn’t put the carrier on notice of this claim. We knew it happened, but we didn’t tell them, and we can jeopardize our coverage for that reason.”

With injuries, this is a hard rule, in our litigious society. Remember the case of the woman who sued McDonald’s because her coffee was too hot? Anything can happen beyond the realm of insurance protection.

“If somebody slips and falls, I would always report that,” says Kerry Barnes, business development manager at Driveway Maintenance, Inc. in Tampa. “That’s going to go under the liability portion of the coverage, and you never know what that could lead to, if they go out and get an attorney or something. So you want to at least put the company on notice of an incident. So that sets the stage that if something does come of it, the company is aware of what happened, and they won’t learn of it from somebody else.”

In short, the potential negatives of not filing a claim far outweigh any gain.

With respect to property claims, the decision is less cut and dried, and is based on a certain calculus comparing the extent of the damage to the possibility of premiums being increased or the policy being terminated.

A tree falls and knocks over a portion of the fence. No one is hurt, and nothing else is damaged. Do you file the claim? Probably not. “My opinion is that, typically in the beginning, especially on a small, minor matter, you assess your damage as an association,” Hynes says. “It’s typically very small. And if that’s the case, you’re not going to put a claim in anyway, so it’s going to be under your deductible. And then I wouldn’t call to put anybody on notice. You just take care of it, and it’s done.”

“We had a situation where an owner was putting baseboards into his unit, and hit a pipe behind the wall,” Barnes recalls from past experience of working with a local insurance firm. “There was a lot of leakage, and it caused major damage to some unit owners below him. Under the policy that they had for the property coverage, the unit owners are considered to be additional insured, and the policy has a clause stating that they cannot subrogate against an insured. So what it boiled down to was that this unit owner was responsible for the damage.”

There is perception that one giant claim will cause all insurance companies to avoid the claimant like the plague for years to come—a notion that gives HOAs pause before submitting claims of any kind. This is not necessarily the case, and anyway not a rule of thumb to follow.

“Some associations will not submit a claim if they are sure it will fall under the deductible,” says Jon Moller, an insurance broker with Brown & Brown of Florida Inc., an insurance agency in Ft. Lauderdale. “In their mind, they do not want it to show up on the loss runs (claims history) which is used to underwrite the following year’s premiums. If nothing is paid out it will show up with nothing paid out. Of course, many claims that show up on a loss run report do not look good even if nothing is paid out, but the association will be in more of a mess if they have a claim that they need covered than some $0 payout losses showing up on their report. The $0 losses on the loss runs do not have nearly as much of an impact as the losses that have paid out.”

Barnes agrees with this strategy. “I’m highly against people saying, ‘Oh, don’t ever file an insurance claim!’ I mean, if you have a claim that needs to be filed, that’s the whole purpose. And the agent should be there to walk you through the process. I do recommend contacting the agent, not contacting the company directly, because you want to talk to your agent about what your options are before you do anything.”

The fear is that too many claims will mean all insurance carriers will reject them as customers. But this is generally unfounded. “Insureds who have a lengthy history of claims may have to pay higher premiums and may not qualify for an admitted carrier, but almost always, we can find a market for them,” Moller says. “They may have a higher deductible or not as much coverage, but we normally do not have difficulty finding a market for a standard peril an association may face.”

“I can tell you that whenever we submit an account out to market, to our different carriers, we have to supply three to five years of loss history,” Barnes says. “If that client has a lot of losses that are the same thing over and over again, then there’s an issue.”

Greg Olear is a freelance writer and a frequent contributor to The Western & Central Florida Cooperator.