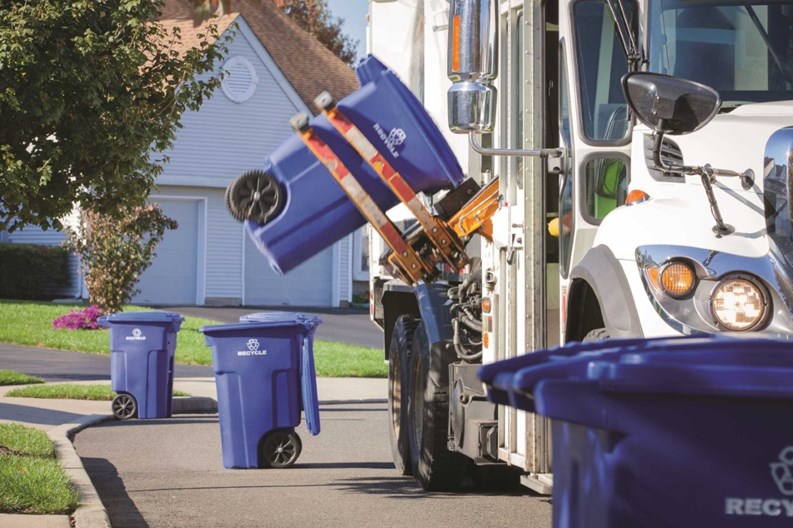 Florida is trashy. Literally. Every day, the people living in the Sunshine State produce hundreds of tons of trash—paper, plastic, organic, metal, glass...you name it.

Once all that garbage is carted away from their driveways and curbs, however, most people don’t give it much further thought. It has to go somewhere, though, and most often, it goes to landfills, transfer stations and treatment plants throughout Florida or onto trains and barges and sent even farther afield.

In denser urban areas where land is pricey and space is tight, it’s not surprising that the trash is taken far away from the inner city but that does not mean that city-dwellers and suburbanites alike shouldn’t care about the afterlife of their trash. Because while most everyone is happy to get their garbage off their hands, they tend to be less enthused about having those aforementioned landfills, transfer stations, or treatment facilities anywhere near their homes or communities.

It is incredibly important to know where your building or HOA’s garbage and recycling is going, and to educate yourself about new waste and recycling practices. After all, a landfill or processing center could be proposed to open near your neck of the woods—and landfills are one of the most potent contributors to global warming, responsible for 36 percent of all methane emissions in the United States. Or, perhaps a recycling hub could start in your own building’s basement. Or maybe you’ve got an electronic recycling box in your basement already (most big buildings already do). You should know about it.

As a state, Florida doesn’t have one singular trash collection system. Instead, each municipal area has a different place where their garbage goes and a different method of collection. In some counties, collection items are sorted by county workers and are hauled away by a private contractor. From there, any useful components are recovered and reused if possible. Everything else is sorted, shredded and recycled.

According to Richard Tedder, an environmental administrator in the solid waste management division of the Florida Department of Environmental Protection (DEP), this patchwork approach makes Florida complicated when it comes to trash. “The garbage is usually collected by county solid waste staff or private solid waste collection companies in accordance with contracts between counties or cities and the companies,” he says.

Then, the waste is taken to nearby solid waste disposal or processing facilities, and there, everything varies again. “In some parts of the state, there are several options for where the waste can go, in other parts, most of the wastes go to a single facility,” says Tedder. Some waste is taken for disposal at either DEP-permitted Class I landfills, or to permitted waste-to-energy (WTE) facilities where it is combusted for energy.

Every type of waste goes to a different place in the landfill to get processed, and there are landfills through out the county, says Michele Postell, of Junk-King, a carting company based in Sarasota. But, she adds, only Sarasota waste can go to the Sarasota landfills while the waste from, say, Manatee must go to the Manatee landfills. “They track that,” Postell says. Postell's company specializes in all types of waste removal, including foreclosures and hoarding situations. “We go into people’s homes or businesses, and we’ll either pick up the waste or demo it,” she says. If the garbage is in good condition, they donate it. Metal and concrete gets sorted, transported to different facilities, and recycled back into the community, she says.

While Florida does not allow waste to be disposed of in the ocean (unlike some other states), in the past the state has permitted discarded tires to be bailed and shipped overseas—mostly to Southeast Asia—to use as fuel. It was a controversial practice, according to Tedder. “The only conflict the department is aware of is the shipment of waste tires overseas,” he says. “Some waste tire processing facilities in Florida wanted the department to prevent this practice; however the department does not have the authority to regulate the interstate or international transportation of waste tires.”

Banana peels and tin cans aren't the only new kinds of refuse being addressed by both governmental and private waste management bodies. Floridians may have been at something of a loss when it comes to how best to dispose of old laptops, tablets, and other types of electronic, or 'e-waste'—but that's changing. For example, says Postell, in Sarasota or in Manatee County—where her company works—residents are charged a special fee for disposing of electronics. Junk-King will pick up the electronics, strip them down and dispose of them.

“We take in about 20 TVs weekly,” Postell says. “We take a TV and sell it to a distributor or give it to them for free, and they break it down. They will take care of it. You take the cords out and then dismantle it, and you take the e-waste to the landfill.”

While private waste companies can take a role in disposing of garbage, the state steps in again when it comes to zoning, designating and constructing a new garbage treatment facility in both densely and more sparsely-populated areas. The DEP has some general siting requirements to ensure that a waste sorting or treatment facility doesn't suddenly appear in one's backyard. Facilities must also be set back adequately from potable wells and water bodies. “We do have requirements for the environmental features of the designs such as controlling odors...access controls and financial assurance,” as well as requirements for air and storm water regulation, Tedder says. But beyond that, zoning issues are all handled at the local level, as the department doesn’t have authority in local zoning processes, which again makes for some variation in each municipality.

There are many changes on the horizon in the waste-land of Florida. “Entrepreneurs are seeking new ways to manage solid waste, and the department has been encouraging these innovated efforts,” Tedder says.

Some recent attempts involved the use of plasma arc technology to essentially vaporize solid waste at very high temperature, he says. While those methods have not yet proven entirely successful, there’s hope that technology like pyrolysis—which uses lower temperatures than plasma arc technology to achieve the same result—may help with some waste, and would have the added benefit of generating fuel as a product, Tedder says.

The Florida DEP is also currently working with the Hinkley Center for Solid and Hazardous Waste Management, which is sponsoring research on better ways to manage solid waste. “Hopefully, some of these newer technologies may help in the future,” Tedder says.

Tampa, also got a garbage collection upgrade recently. When they needed to replace their garbage trucks, they purchased compressed natural gas solid waste vehicles, which are better for the environment. “Replacing our older, diesel-powered garbage trucks with CNG trucks is good business,” says Tampa Mayor Bob Buckhorn in a statement. “This is just the beginning for our fleet of CNG vehicles. Tampa officials bought five of these trucks and plan to add five more by the end of the year. They emit about 40 percent less greenhouse gasses, offer extended engine life and cost less to maintain. They save about $2 per gallon in fuel or about $152,000 annually.

Going forward, as climate change and increasing awareness of environmental issues continue to be hot issues—especially for coastal and low-lying communities—you can bet that community leaders and residents alike will take a more and more active interest in how their garbage is collected, where it goes, and what happens to it from there. By understanding the impact our lifestyles have on our surroundings, we can all help make our footprint a little smaller.

Danielle Braff is a freelance writer and a frequent contributor to the Western & Central Florida Cooperator.