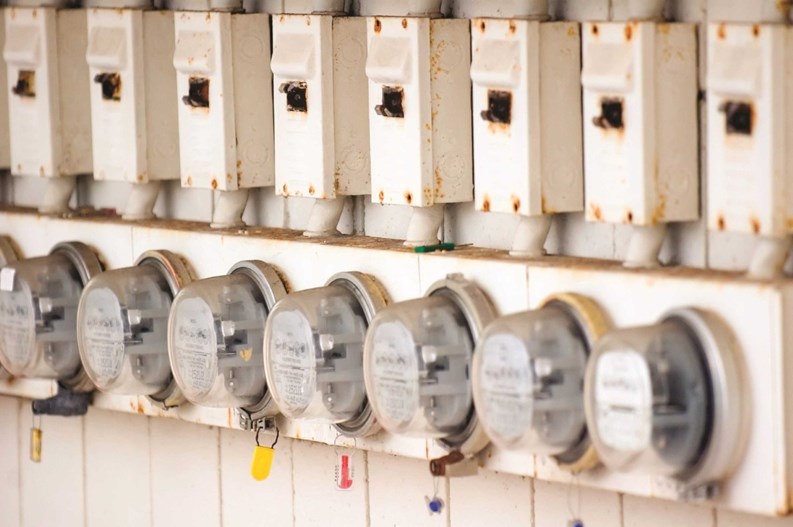 It’s a beautiful Friday night and you’re out to dinner with four of your best buddies. The restaurant's ambiance is exquisite and the food is divine. You’re on a budget, so you stick to ordering a delicious appetizer and some tasty soup, while your friends go all out on surf and turf, quaff glasses of the restaurant’s best champagne and devour decadent desserts. The fun and laughter lasts for hours. You’ve had the time of your life—but when the check comes, your friends insist upon dividing it equally among the five of you, despite the fact that your meal cost only a fraction of theirs. Sighing, you hand over your credit card, feeling distinctly taken-advantage-of.

Hopefully you don't have friends who would pull a stunt like that at a restaurant, or anywhere else. If you're a resident of a multifamily building where you don’t have direct billing for your utilities however, this scenario is an everyday occurrence. Regardless of what you personally consume, you're picking up the tab for your neighbor’s water, gas and electric use. Unless you have submetered utilities, that is.

Breaking Up is Hard to Do

“With standard billing, residents get billed for their utilities in their monthly fees,” says Orrin Laferte, owner of FewTek Inc., a water meter management and billing company in Dunedin. “Once a year, the owner or association tries to determine what their water and sewer costs are going to be for the next year, and they add it in to the fees. The problem is, if you use a little water you pay the same as a resident who uses a lot. People who live in Florida only half the year pay the same as those who live here the entire year. By putting meters in, residents just pay for what they use—not an average of what everyone else uses.”

Submetering was created back in the 1920s but didn’t really become a concept of much concern to the property management industry until the 1980s when energy costs and conservation raised the consciousness of property owners.

“Submetering has become a more popular option in the recent years because the price of water has gone up,” says Robert Nelton, a senior public relations specialist for the Palm Beach County Water Utilities Department in West Palm Beach. “Back in the day it was a negligible expense, so it just became part of the rent—say $15 or $20 per month for water—so six people living in a three-bedroom apartment who are taking a lot of showers and doing a lot of laundry were getting off pretty easy. But a single person who uses a moderate amount was paying the difference.” Kind of like the dining companions who foist part of the bill for their sirloin onto a salad-eating friend.

It might be done differently elsewhere but Palm Beach County doesn’t submeter. It instead uses a master meter and bills the property for whatever water is used. “It then becomes the property owner’s responsibility to either submeter, or use a flat rate for how much water each unit consumes,” says Nelton. “This puts a lot of liability on the property manager because once the water goes through the meter, that’s what we bill them for. It’s the manager's responsibility to make sure the water then goes to the unit meters and have the unit owners or tenants pay the appropriate amount. If there is any break in the line between the master meter and the individual submeter, that water loss is the responsibility of the property owner—not the tenant.”

In addition to the cost savings for the residents, submetering comes with other benefits as well.

One of the biggest upsides to installing separate meters is conservation of resources. “When we put in meters, we always see a 30% drop in water/sewer usage,” says Laferte. “We’ve had as much as a 50% savings. I’m an environmentalist, and submetering only produces good. It definitely reduces water and sewer usage, and depending on how much resources are used in processing sewage, you’re reducing energy use [and saving] an incredible amount of money from that standpoint alone.”

“When you submeter it takes the cost of the water consumption out of the HOA fees and it allows the residents to control how much they pay,” says Teresa Smetzer, director of business development at National Exemption Services in Safety Harbor. “In other words, one person is not paying the same amount as a family of five. And it promotes conservation.”

Additionally, submeters can act as a kind of warning system for leaks. If there is a leak within one of the properties, it often causes a spike in the unit's water use and costs. Without a submeter, discovering the source of the leak is more difficult. It can take an extended period of time, with the costs shared by all owners. “With a submeter, the change in the use of an individual property would be more evident,” says Robert Kaye, managing member of the Pompano Beach law firm of Kaye Bender Rembaum. “This results in a quicker discovery and the higher charges being paid by only the affected property.”

William DeOreo, PE, the president of Aquacraft Inc. Water Engineering & Management in Boulder, Colorado says his company does a lot of work in Florida and performed a major study several years ago on the mechanics and benefits of submetering. The National Multiple Family Submetering and Allocation Billing Program Study had five main objectives: 1) to determine the water savings potential in the multifamily sector resulting from both direct metering and allocation programs, 2) to understand the current regulatory framework governing separate billing programs across the U.S., 3) to access the current business practices in the billing service companies, 4) to draw conclusions from the findings, and 5) to make recommendations that offer consumer protection, provide ethical business practices for the industry, and capture cost-effective water savings.

Although the study was published almost a decade ago, DeOreo stands by its findings. “We looked at the effectiveness and equity of various types of submetering systems—direct, ratio utility billing systems (RUBS) and hybrid,” he says. “Direct billing was the only method that showed a significant positive effect. Submetering systems are effective in reducing waste. Each individual is responsible for their own use, and they know it.”

A Ratio Utility Billing System bases the water bill on an allocation formula that uses floor space, number of occupants, etc. to determine a final bill. A hybrid of the direct billing and the RUBS system estimates the total water use based on the ratio of metered hot (or cold) water use (and sometimes selected appliances) in a unit to the total water use of all occupants.

DeOreo says that submetering also prevents water leaks and the subsequent damage they can cause. “There are a lot of broken toilets and valves in the apartments, but if the residents aren’t paying for water, there’s no incentive to report it,” he says.

While the plusses of submetering are well established, the downside of individual metering and billing is that it's not possible for every building to be retrofitted with the meters. “Each apartment has to be plumbed separately,” says Laferte.

And despite its benefits, submetering can be a highly contentious subject in the building industry. “There are always debates in communities when changes are proposed,” says Kaye. “In order to change from a single meter system to a submeter system, the governing documents of the community will have to be amended to reflect that the specific water item charge is no longer to be included in the general budget as a common expense of the entire community, and each individual property owner will be responsible for his or her own usage.”

Kaye explains that since the association must still pay the entire water bill, the individual property portion remains an assessment against the property, and is collectible through the lien and foreclosure process if the owner fails to pay it to the association. “There is a cost to the community associated with the change in the documents,” says Kaye. “Additionally, there is a cost to add the submeters to the properties as well, which could be substantial. In a condominium, adding the submeters would also likely be a material alteration to the common elements that, depending on the documents for that community, may also require a specified percentage affirmative vote of the unit owners.”

If an association isn’t submetered, the decision to do so may need to be put to a vote. “It depends on the bylaws,” says Laferte. “In some cases, the majority of the executive board vote and, in some cases, the majority of the residents have to do it. It varies from community to community. In some communities, you can give them $10 and they will vote it down. They don’t like change, and vote down any attempt at change. They think it’s an attempt to rip them off, but it’s really to make it fairer.”

“The biggest complaint I hear about submetering is when there is a large family they end up paying a little more for their water than if it was just taken out of their HOA fees because they are using a lot more, which to me, is only fair,” says Smetzer. “There are usually complaints in the beginning because it’s something new. But once people get used to it they actually like it because they can control their bill whereas if it’s in your fees there’s nothing they can do. I went to a board meeting not long ago and a lady said she went to her neighbor’s house and she left the water continuously running while she was doing the dishes and it drove her nuts because it was driving up her HOA fees. That wouldn’t happen if they were submetering.”

Associations and boards can spend money on many other conservation measures, but as far as the pros are concerned, submetering is probably the most cost effective. Residents and the owners alike save money, and it’s good for the environment—and those two benefits most likely outweigh the cost and administrative hassle of switching over.

Lisa Iannucci is a freelance writer and frequent contributor to The Western & Central Florida Cooperator.