Do not show again [X]
By Debra A. Estock   2015 October Neighborhoods 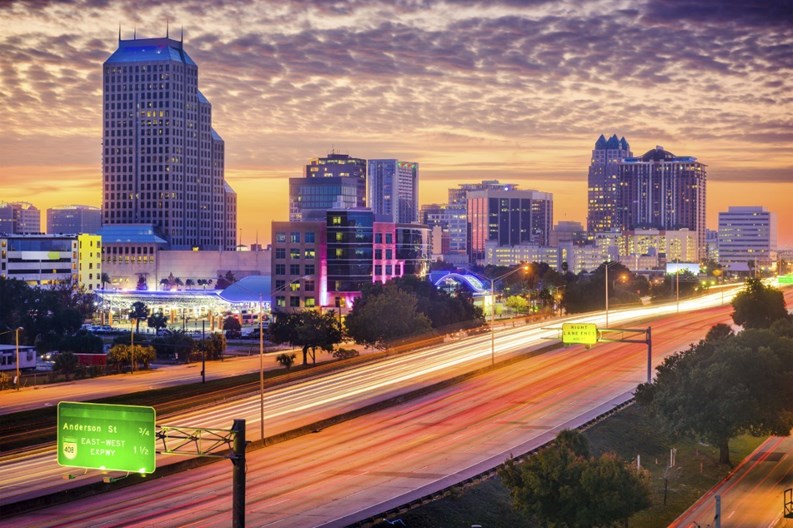 Mention the words Orlando, Florida to anyone and the phrase Magic Kingdom or Walt

Disney immediately comes to mind. Smack dab in the center of the Sunshine State is a resort area that plays host to 62 million visitors annually eager to see not only Walt Disney World but also Universal Orlando and Universal Studios Florida, SeaWorld, Gatorland and Wet n’ Wild, among other attractions.

With a city population of 238,300, Orlando is the 77th largest cityin the U.S., the fifth largest city in Florida, and the state's largest inland city. Nicknamed the “City Beautiful" because of its majestic fountain at Lake Eola, it’s perhaps better known as “The Theme Park Capital of the World” for the reasons mentioned above.

The Orlando International Airport(MCO) is the thirteenth busiest airport in the United States and the 29th busiest in the world, perhaps due to the number of visitors it constantly receives. The most visited city in America (as of 2009), Orlando’s attractions form the backbone of the state’s tourism industry: Walt Disney World Resort, located approximately 21 miles southwest of Downtown Orlando inLake Buena Vista, was opened by theWalt Disney Companyin 1971; theUniversal Orlando Resort, opened in 1999 as a major expansion ofUniversal Studios Florida; the SeaWorld Orlando marine life theme park and zoological park (1973), the home of one of the first orca whales in captivity. (The original Shamu died in 1971, but orcas using the Shamu name continue to perform shows at the park); Gatorland (founded in 1949), a privately-owned theme park and wildlife preserve that houses alligators, crocodiles, snakes and other dangerous or exotic animals; and Wet n’ Wild, a water park founded in 1977, which is scheduled to close on December 31, 2016.

With the exception of Walt Disney World, most major Orlando attractions are located alongInternational Drive. The city also stands out as one of the busiest American cities for conferences and conventions and is also home to major industries and high tech companies, like Lockheed Martin and General Dynamics. Professional sports teams include the NBA’s Orlando Magic, and Orlando City SC of Major League Soccer (MLS). Several minor league teams also call the city home. Some alternative rock and hip hop groups had their start in Orlando and boy bands, Backstreet Boys, N-Sync, and O-Town, all started there before exploding onto the nationwide scene.

What’s in a name? City officials and local legend say the name originated from a soldier named Orlando Reeves, who died in 1835. Prior to that, the city was named Jernigan after its first permanent settler, Aaron Jernigan. There is some discrepancy among historians as to whether Reeves actually existed, and it is thought that South Carolinian Orlando Savage Rees, a major landowner in Mississippi and Florida, may have been responsible for the name. Jernigan officially became Orlando in 1857, and the city was officially incorporated in 1885. Property homesteaders and citrus barons settled here and it became a popular resort in the early 1900s.

Walt Disney came to town in the late ‘60s, with the vacation resort officially opening in 1971.

Like other major Sun Belt cities, Orlando grew rapidly during the 1980s and into the first decade of the 21st century. It is home to theUniversity of Central Florida, thesecond-largest university campus in the United Statesin terms of enrollment as of 2012.

If you’re looking for a magical kingdom to call your own, consider settling down in the Greater Orlando area.

Debra A. Estock is managing editor of The Western & Central Florida Cooperator.