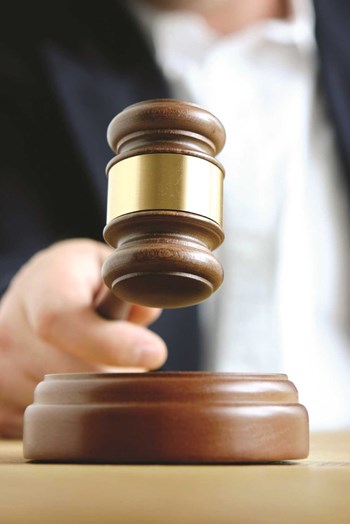 You may love your building. You may even love your neighbors and the members of your board. But there are few people who can say that they love their monthly board meetings or annual shareholder meetings.

That’s because many of these meetings drag on for hours, and some people may feel like these are exercises in time-wasting. Still others watch their board and shareholder meetings devolve into pointless shouting matches, complete with name-calling.

Board meetings in every building—small and large, co-op and condo, studio and five bedroom—get out of hand. Issues are heated, lots of money is at stake and there are many of people with tons of different ideas of how their building should be run.

It doesn’t have to be this way.

Boards, unit owners and committees can improve the quality and productivity of their meetings very easily with a few simple guidelines.

Unfortunately, it could all go downhill before the meeting even starts. One of the most common problems that bogs down a board or committee meeting is when a board member arrives and is not prepared for the meeting—or if the management didn’t give the board enough information to make informed decisions or enough time to review the information prior to the meeting.

If at all possible, board members should be given all the information about the meeting and everything that has to do with the meeting at the earliest date and time. And it’s the board member’s obligation to the building to take his position seriously, and to review all documents prior to the meeting.

The law says that owners need to have a 48-hour notice before a meeting, but most management companies gives everyone a full week whenever possible. Managers suggest putting the agenda out as soon as they get the meeting notice so that the owners have the time to digest what will be discussed and will make sure to be there if the subject matter to be discussed is important to them. Board members also have to take the responsibility of reviewing the agenda seriously. “Sometimes people don't review the packet ahead of time, and have all these questions at the meeting, and the packets always have a notice that says 'If you have any questions please ask them before the meeting,” says Jennifer Ward, data services manager at Condominium Associates in Clearwater. If board members are asking questions that should have asked in the days before, the meeting can drag on much longer than needed.

For board of directors meetings, the agenda is closest thing to an HOA's sacred text. “The agenda is a perpetual, evolving document—whatever happens throughout the course of the month, the management and the board should be taking notes,” says Scott Bragg, a general manager with AKAM On-Site, Inc. for Trump Palace in Miami. “About a week before the board meeting, I send out a blast to the board members, what topics should be covered on the agenda? What are owners talking about and management should keep their ears open too to what people are talking about. If you just sit down the day before, and say what are going to do at the board meeting, and it's last minute, the meeting's not going to be effective. But when that week before comes up and everyone has their lists. Then we can say let's go with A, B, C—take off E—it's a proactive document, not a reactive document,” he says.

A common source of conflict and complication involves the role unit owners, and how much time and freedom they are allowed to participate in board meetings. “You want the greater good for the building, and input and views of everybody,” says Bragg. “At the end we say, 'Is there any business?' Then a unit owner can bring up any type of new business that they think could benefit the community or affect them or others in the building. If somebody gets belligerent or negative, we ask them to refrain or put it in writing, and then we'll take a look at it, but don't drag down the meeting,” he says.

A simple way to quench a problem prior to them becoming issues would be to clearly explain the rules to the group before the meeting begins, and also to explain why each decision and choice is made throughout the meeting. Sometimes, however, by the time someone in the group remembers that this is a condo board meeting, it’s too late, and it’s already gotten out of control and may have become combative.

Open forums on the agenda provide structure for community members to speak. “Statute requires that unit owners be allowed to speak on agenda items for up to three minutes. Every association is different, some associations find it very important and useful to allow their members to speak, and some have no limits on how long they can speak because it's not abused,” says Helen Kelley, co-owner of Creative Management, a community association management firm in New Port Richey. “Others have found it necessary to put in place actual guidelines and policies on how and when homeowners can speak in meetings, because it can be abused to the point where it's almost impossible for the board to conduct their business, because homeowners want to monopolize the meeting,” she says.

Certainly topics open for discussion should be on the agenda, rather than be random, and must be focused on the issues at hand. “If you're allowing membership to speak, you can use Robert’s Rules—like maybe give a minute per person and have a timer, and when that timer stops, that marks the end of the discussion,” says Ward. Moreover, it's not a chance for unit owners to start a griping session—boards shouldn't really allow owners to complain about other owners, board members, or higher assessments. Instead, contentious issues like that should be reserved for a different process. Managers say that the issues that work well are things an owner notices on the property that the board or management may have missed. These could include suggesting new rules that will correct some perceived issues that they have. Instead of personal agendas, it would focus on insight on the management of the property.

All About Robert’s Rules

This type of meeting disorder isn’t something that only happens in condo board meetings. In the 1800s, Henry Martyn Robert had been an engineering officer in the Army when he was asked to preside over a public meeting. It didn’t end well, and he was determined to figure out how to prevent anarchy from occurring during meetings.

He ended up writing Robert’s Rules of Order, which is a manual for parliamentary law that’s now in its 11th edition. There is a simpler version that can be used to run board meetings—and short of following a book’s procedures, there should be some form of structure. Kelley says she studied parliamentary procedures closely earlier in her career, and while the strictest use of Robert’s Rules are not really necessary for a board meeting, aspects of the framework can be very helpful. “Robert’s Rules are very loosely used in board meetings, just kind of as a reference, not hard and fast. These are volunteer people that just want to get the business done,” says Kelley.

And while Robert’s Rules of Ordermay be too restrictive for condo and coop associations, it would be helpful for boards and managements to read through the book to adopt a process related to and adopted from Robert’s Rules. Anything that prevents havoc, keeps order and sticks to the agenda at hand will do the job. Specific details such as calling a meeting to order, having a format for minute-taking, a process to obtain a vote on expenditures and for an agenda and other procedures—should have a detailed format from which the board and all the future boards will follow.

Consistency in the length of a meeting is also important. “I've been to four-hour meetings, it wears everyone down, and by the time you get to the end of the meeting, people are so tired that sometimes the best decisions are not made late in meetings like that. So we try to keep the board focused, and pull them back in. In some cases, they even allow us to run the meeting for them to keep them on task, “says Kelley.

Even when meetings come to a close, the job of managers and board members are not done. Now that many associations have their own websites, most managers subsequently publish the prior month's meeting minutes there so unit owners who were not able to attend the meeting can catch up and stay informed. “When the minutes are approved from the prior month, I send a blast email to all our unit owners so the minutes are available to everyone via our website. That way they know what's going on,” says Bragg.

Think you can skip the rules if you have a small building? Think again. In fact, smaller building meetings can implode faster because the problems get to the surface sooner, so the better organized it is, the safer it is.

Smaller buildings are also similar to smaller schools or smaller offices where everyone knows each other—so gossiping and small talk is bound to slow meetings down. If there are rules, boundaries and laws in order to keep the meeting running efficiently, it would be better for everyone involved.

During the meeting, it’s very important that the secretary take good minutes so that all project details can be followed from meeting to meeting. This saves time at subsequent meetings so that no time is wasted trying to remember what was decided the previous month.

Danielle Braff is a freelance writer and a frequent contributor to The Western & Central Florida Cooperator. Editorial Assistant Tom Lisi contributed to this article.