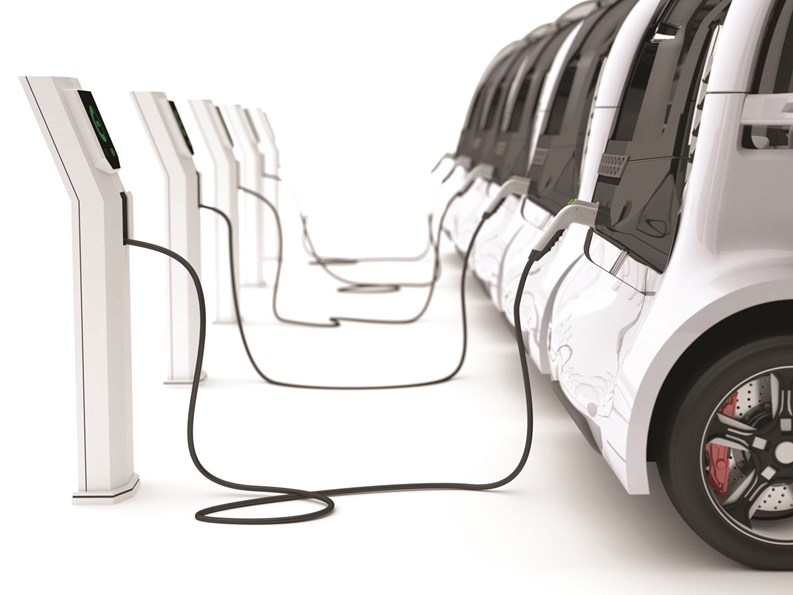 “The future of electric cars does not have to rely on the high cost of gasoline,” says Fred Silver, vice president of Calstart, a California-based organization dedicated to expanding the clean energy transportation industry.  “These vehicles are fun and can be very convenient as they can be refueled at the workplace and at home.  EV’s give a whole new meaning to the term plugged in.”

E-Cars in the Sunshine State

South Florida’s tri county area, Miami-Dade, Broward and Palm Beach counties are expected to experience the same level of growth in EV ownership as the rest of the country, according to Joseph Nagle,  director of marketing  at EverCharge, a major supplier of EV charging stations in Southeast Florida.  “2016,” he said, “is on track to be the best year ever in EV sales.”  South Florida’s EV population “is now over 100,000.  We expect 2018 will be the year when every property will need to have on-site charging.”

How Long Does it Take?

While as easy as plugging in your cellphone, EV recharging can take a little longer.  Level 1 recharging, which is typical for home use, can take up to 10 hours providing a charge of about 4 miles of range per hour.  If you’re driving more than 40 miles a day you will need to charge every night.  But then again like your cell, you’re doing it while you sleep which also may bring the benefit of lower rates in areas where TOY (time of use) electric rates apply.

The question arises though, what about multifamily dwellings, in particular, condo developments?  How do they accommodate EV drivers?  Dedicated chargers for multifamily buildings are one of four primary needs for EV drivers; the others being range confidence or mileage per charge, standardized, transparent costs and low upfront cost.

According to Terry O’Day, vice president of eVgo, a provider of DC Fast Chargers, the main considerations for EV drivers with respect to the above is “to know the car will perform as needed, how much that will cost, and it needs to be viewed as lower cost compared to internal combustion engine vehicles.  On the need for dedicated chargers, we think the industry has evolved with technology development,” he continued.  “Many drivers will be able to rely on the fast charge network as a primary fueling source for a few reasons.  First, new vehicles announced for production in the next couple years will have ranges exceeding 200 miles and charging speeds that are three times faster than current models.  Second, the fast charging network is getting built to the point that it can be ubiquitous and reliable.  Those factors allow many more drivers to enter the market.”

Condo developments which might want to attract EV drivers as owners pose a special set of problems centered on both physical logistics and accounting for increased energy costs. According to Nagle,  the main problem facing condo and co-op properties, especially those with indoor garage parking is a “lack of sufficient infrastructure to handle multiple stations.  Right now many buildings go with a single community charger or the resident purchases and installs a personal charger in their assigned space.  We have seen many communities that opt for a community charger come back and ask for two, three, or four more to accommodate growing demand.”

The other problem peculiar to multifamily dwellings is who will pay the bill.  If you live in a condo development now and drive a car with an internal combustion engine, the community isn’t subsidizing your gasoline purchases.  The same would have to be true for the cost of re-charging your EV.  As the power lines for the chargers are drawn from the common electrical lines in the building, a system has to be set up to account for your personal usage and bill that back.  Some associations find the effort cumbersome.  Boards will have to consider the cost if they do install chargers, and determine how non-electric car users fit in. The cost of supplying electricity varies, but typically runs about 40 cents to 60 cents an hour, according to officials at Florida Power & Light (FPL).

Suzanne Tamargo,  a spokeswoman for the nationwide service Car Charging—the provider for Walgreen’s stations —says that, “while condominium associations may or may not charge, most public facilities have some kind of fee, even if it’s only for using the parking space allotted to a charging station. Some places charge by time, others by unit of energy.”  As mentioned previously that cost runs approximately 40 to 60 cents per hour.

According to O’Day, other challenges for condominiums include the age of the building; older buildings likely have less electrical capacity.  Style of community—garden-style communities have distributed electrical panels with less capacity.  Assignment of spaces—reassigning spaces is difficult and allowing drivers to park every night in visitor spaces is not ideal.  Ownership structures—condo boards can be difficult for obtaining necessary approvals, and sometimes can throw the project into a political realm.  “However,” he continued, “by choosing the right service partner, many communities have overcome these barriers with careful planning, the right technology and leveraging grants and other low-cost capital.”

According to Gimeno, the estimated cost of purchasing and installing an EV charger for individual units is about $800 to $1,000 not including the installation, which can run around $600 to $1,000 additional.  Permits and drawings, which can vary depending on city and county fees, can run between, $200 to $400.  Commercial stations for multifamily units that can service up to two cars at once can cost between $4,000 to $7,000.  Installation charges for multifamily units vary and could run as high as $10,000.

Financial assistance is available at both the federal and state levels.  A federal tax credit is available through the end of 2016.  It provides a credit of 30 percent of qualifying cost up to $30,000 for the installation of electric vehicle charging stations.  State assistance is also available in conjunction with local programs.   Electric vehicles are also granted access to Florida’s HOV and carpool lanes and are also exempt from most insurance surcharges.

As noted above a major problem in multifamily properties like co-ops and condos stems from parking spaces being deeded to individual owners. Tamargo explains that the way to resolve this issue is to “deploy chargers in groups to keep the cost of the infrastructure as low as possible.  Therefore, we need to designate parking spaces that are not deeded, or where the HOA is willing to relocate existing parking assignments.  We have had success in condominiums where they were willing to provide non-deeded space.”

To O’Day’s point that older buildings pose particular problems related to electrical capacity, Nagle of EverCharge suggests that, “lack of sufficient infrastructure to handle multiple stations,” is correctable, without adding new infrastructure. “By intelligently managing the power we can install ten times the number of stations at any given property so buildings are ready now and well into the future.”  This is accomplished through his company’s proprietary management technology known as SmartPower.   “SmartPower knows where and when power is needed most and diverts it to that station,” O’Day explained.  “Further it learns drivers’ charging habits over time and can accurately predict when and how long the station will be in use and how much power it will need.”  EverCharge’s services to condos and apartment communities are soup to nuts.  Residents contact EverCharge and they handle the rest—everything from permitting to billing services.

Electric vehicles are viewed as sustainable,” says Linda Benevides, a Massachusetts-based environmental engineer. “Many urban, young professionals are interested in these vehicles and would view the charging options as a valuable asset to have in a condo environment. Also, the ‘silver tsunami’—a.k.a. aging baby boomers—who may have money and are downsizing will see charging stations at condos as a luxury.”

A.J. Sidransky is a novelist and a staff writer for The Western Florida Cooperator and other publications.