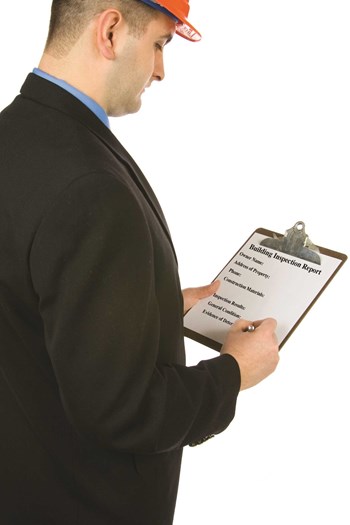 Those of us without engineering degrees tend to take the buildings in which we live and work for granted. We simply assume that if we go indoors, the ceiling isn't going to suddenly collapse. Of course, buildings can remain upright and structurally sound with proper maintenance and upkeep. Maintaining a building sounds like common sense, but inevitably some boards avoid it.

After all, maintenance work can often be expensive and intrusive. Fortunately, we have building and safety codes to encourage regular maintenance—and protect the irresponsible and naïve from themselves. Since we're not all engineers, boards and managers need to rely on inspections and consultations to make sure their community isn't the site of an avoidable tragedy.

Florida's building codes lay out some pretty strict construction requirements for new buildings to make sure they're safe, especially in hurricane-prone areas. But the vast majority of Florida HOAs do not have any specific inspection requirements. The onus to keep up with building codes past initial construction is left almost entirely to the board and unit owners. “Associations can't wait to maintain their building,” says John Pistorino, a principal at Pistorino & Alam Consulting Engineers in South Miami. “The building code has sections in it requiring that you maintain the building in the condition it was originally built. It's a code violation if you let things deteriorate to where they fall apart,” he says.

Associations have to organize their own inspections and make sure they're meeting code by their own volition. “Most towns don't just walk around properties,” says Jay Steven Levine, founding shareholder of Levine Law Group in Boca Raton. “Every jurisdiction can be different, but inspections are usually in connection with a construction project, or if someone complains.”

The only exceptions in the state are Miami-Dade and Broward counties. Miami-Dade was moved to create some oversight in 1975 after a building collapse, and just in the last few years Broward adopted the same ordinance. The inspection schedule begins when the building reaches its 40th year, and repeats every ten years thereafter. “Dade and Broward send out notices to associations that buildings have to be inspected by a structural and an electrical engineer,” says Pistorino.

Throughout Florida, municipalities tend to enforce ordinances differently. According to legal pros, the 40-year ordinance is somewhat vague, so many towns leave the specifications to the engineer hired to conduct the inspection. Some towns may add certain requirements, such as parking lot lighting in Orlando, where public safety is of a larger concern. “In the coastal areas, the most important thing is deterioration of concrete due to the chloride brought in from the ocean,” says Raul Schwerdt, PE, president of RAS Engineering, P.A. in Hallandale. On the coast, inspectors are more likely to look for that type of corrosion than farther inland.

With few exceptions, what engineers look for, and the rubric they use to decide what structures are safe, is entirely based on their own judgment—local building officials don't really weigh in unless a complaint is filed. “Everything relies on the engineer's interpretation of the ordinance,” Schwerdt continues. “Some interpret a failed inspection as imminent danger of collapse, and others interpret that the building is safe enough for the next 10 years of the cycle.”

That's a significant discrepancy to say the least, and something managers and boards have to keep in mind if they're in those counties. An engineer may give a passing grade for a building, but that doesn't mean it won't incur serious repair costs during the subsequent cycle.

What They Look For

The basics of the 40-year inspection in Broward and Miami-Dade cover the most critical and vulnerable aspects of an aging building. It's not a contest of who has the strongest, most impenetrable building in Florida; the inspection concerns safety first and foremost. Everyone wants to have an outdoor space in their unit, and unfortunately the tradeoff is that balconies are probably the most dangerous elements in a building. Aside from accidents, buildings have to pay close attention to the structural integrity of rails, and weight-bearing loads. According to the pros, the biggest safety concern isn't the foundation or the core structural supports of a building—it's the balconies. “Railings are inspected to make sure they're in good condition and they're going to hold the weight of someone who inadvertently falls against a rail,” says Pistorino. “They're supposed to hold about 200 pounds of concentrated load.”

“We look for grounding of systems, especially around pools,” says Pistorino. “Corrosion that gets into the switchboards and disconnected panels from the roofs all the way down to the basements can cause shorts, and therefore fires. Buildings also have emergency generators that need to be manually checked—not only for their operations, but their automatic start-ups as well.” It sounds like a smaller detail, but shorted electrical wiring that's been been left to corrode can cause fires, and presents a hazard whenever electricity has the potential to come into contact with water.

Water is a prime culprit when it comes to buildings that have been around for a few decades. Water intrusion into the roofing, foundation, and exterior walls can not only cause the largest-scale problems for buildings, but by far the most expensive. Little leaks can lead to larger leaks, which can lead to cracks, rust, corrosion, and before you know it, a whole roof has to be replaced, along with half a ceiling. “We check the roofing system to make sure owners don't put it off for so long that water gets in and starts to attack the structural deck,” says Pistorino. “We also inspect the slab above, to see if there's damage to its insulation, or to the building's ability to provide energy conservation.”

Unfortunately some of the most severe problems related to water intrusion are among the most common because they are so expensive and daunting to correct in a timely manner. Come inspections time, some boards might be shocked to find how bad the situation has gotten, and how much more of a hole the association is now in.

For their part, building code officials are not really concerned with who is legally responsible for any given violation, just that they're fixed and brought up to code. It's up to the building to establish clear guidelines ahead of a violation about who is responsible for what repairs, the association or the unit owner, so conflicts can be avoided.

With the exception of major structural or safety issues, most building systems are grandfathered in, so a new building code instituted by the state doesn't have to be met immediately. It's only until an issue comes up that leads to replacement when newer codes come into effect. It's important to keep this mind especially with natural disaster events such as hurricanes. “When an association has damage and makes an insurance claim, the state comes in. You have to replace the system with something that is code compliant, not what it used to be,” says Levine. Insurance claims force the hand of the association, otherwise many older systems could stay in place until a problem arises. “People don't scour building plans. It's more reactive than proactive,” says Levine.

It is, however, the responsibility of the county or municipality to follow up on any violations to make sure they're fixed. “If an association is cited for potential violations, then the town or county is going to have their own follow-up process. They're going to make sure the work's being done. If there's some issue, they'll often engage an engineer to fight with the town to come up with the scope of work,” says Levine.

Associations and unit owners alike should take violations seriously and make sure they listen to engineers who work with both sides to make sure codes are met and building communities stay safe.

Tom Lisi is a staff writer at The Western & Central Florida Cooperator.